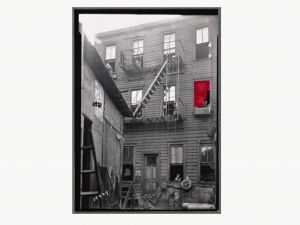 Lowell was a city of great opportunity, a place where young girls could work and provide for themselves. I had been one of those girls, trying to earn enough to go to college out west. It was simple, trade 13 hours of your time and effort and get paid a hefty salary, a salary that could change your life. 13 hours of sweat pouring down your back and dripping into your eyes, 13 hours of running around and pushing yourself to the limits while breathing that foul air. Oh, the air! It smelled of dust and smoke and cotton, with little pieces floating around your head. It filled your lungs and stuck to the back of your throat, a constant scratch you couldn’t cough up no matter how hard you tried. By the end of the day your feet would feel like heavy bricks and your throat would burn from coughing. Your feet would drag behind you all the way home, up those steep worn out stairs and into bed, where the soft cloud of sleep welcomed you with open arms. Then you would wake up, muscles still a little sore from the day before, and do it all over again.

Home is our little apartment on Stafford’s Street, the one on the 6th floor with Mama’s little red quilt as a curtain. Before Stafford’s Street, home was the farm in Ireland, small and quaint, filled with the smell of freshly baked bread and the flowers by our door. Home was the tree on the hill, warm and strong, gnarled and pockmarked like Grandads hands.
Home was the small corner of a ship. Home was on Ellis Island while waiting for Uncle John. Home was the apartments on Pickleberry and Cranston Street. Home has been a lot of places, none of them as nice as they should be.
Walking to school I would always take the long way just so I could walk past Louis Street. I walked past all those pretty houses with their big white doors and pretty brick steps, steps that took you up and away from the dirty streets below. Those were proud houses, proud of their tall roofs and big windows. Sometimes I imagined that I lived in one of those houses, far away from the raggedy apartments I called home.
One day I asked Mama, why couldn’t we live in a pretty home like the ones on Louis Street, and she sighed and said “Maybe one day sweetheart,”. Until then, home is our little apartment on Stafford’s Street, the one on the sixth floor with Mama’s little red quilt covering the window.

Papa was a man of many talents. He had the nicest moustache in all of Italy, thick and perfectly curled at the ends. Also, he could sing better than anyone I’d ever met, a deep warm sound like the coffee he drank every morning. When he sang, everything around him, including his moustache, quivered in anticipation to hear what he would sing next. Papa was a big man with big ideas, ideas that ranged from running for president to moving to America. Out of all of his dreams, he chose America.
He said that in America, he would become rich and give us the life that we deserved. He bought a house, got a job at a factory, and that was that. We children went to school, Mama stayed at home, and our new life became normal. Everyone was happy except for Papa. Although he never said anything, he hated working at the factory. Everyday, he would come home with heavy feet and a never ending cough. It rattled through his chest and out his mouth, a great wheezing sound you’d expect to hear only from a little old man.
As time went on, he got worse and worse. His wonderful moustache was gone, and he could no longer sing with his cough. His back was bent and his hands shook. Within a year he had changed from the proud, boisterous giant he was to a frail old man with back pain. His dream of coming to America had been fulfilled, but now he wished he could take it back.